If you’ve never had a Boxer dog as part of the family before then you might be wondering something. Are Boxers affectionate? How do you know if they love you?

Boxers are indeed affectionate. Despite their gruff exterior, these dogs are enormously loving and they are going to make sure that you know it. Boxers will paw at you, play with you, and they always want to be close. In simple terms, you’ve hit the affection jackpot!

Today we’ll tell you a little more about Boxer affection, such as ways that it is expressed, why Boxers are so clingy, what you can do to help minimize that, and more! Let’s take a closer look at Boxers and the things you need to know about their affectionate natures!

Table Of Contents show
Are Boxers Affectionate?
Why do Boxers lick so much?
Why is my Boxer always biting?
Can Boxers be TOO needy?
Separation anxiety and Boxers
How to make your Boxer less clingy
Some closing words

One of the most distinctive way that your Boxer will show their affection is the reason that the breed has its name. Boxers like to ‘box’ at you, or more specifically they love to stand on their hind legs and then paw at you to get your attention. It’s adorable and this action is filled with love.

This is not the only way that they will say ‘I love you’, of course. Your Boxer will also try to sleep next to you and cuddle up when they can and they can also be a bit on the licky side (which we’ll discuss in detail shortly). Your Boxer is also going to follow you around… a lot!

Aside from this, a wagging behind or tail is another way that they show their affection and you should expect lots of eye contact, which can be a little weird if you are not used to it. Boxers like to give you soulful looks with their eyes, but sometimes they simply seem to stare as if watching you constantly.

Don’t worry, your dog isn’t weird, they simply adore you and this makes them want to be part of your life as much as they possibly can. Say what you will about this breed, but your Boxer is arguably the best friend that anyone could ever hope for!

Why do Boxers lick so much? 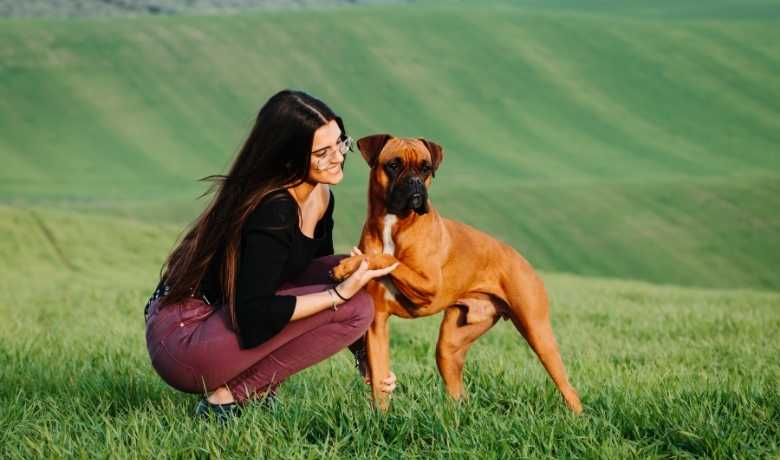 Boxers lick their owners a lot and while this isn’t so out of character for canines, they also seem to lick their faces, the air, and all kinds of other things as well. There are a few reasons why this breed is so licky, with the first being their enormous reserves of energy.

Let’s face it, Boxers are bouncy dogs to begin with, but when they get bored then sometimes they’ll pass the time licking things. It’s a little weird, but you can derail this behavior a bit by giving them a focus, such as a nice, new toy.

These dogs also lick their faces a lot but this is very much to be expected. Boxers are a brachycephalic breed of dog, which is just a fancy way of saying that this breed has ‘flat faces’.

Due to this, it’s easy for them to get little bits of food stuck on their face and thus the licking that seems so excessive is actually quite practical – it gets their faces clean! Another side-effect of breeding for those distinctive faces if that your dog can sometimes get a little drippy around the nose, and licking also helps there!

Why is my Boxer always biting? 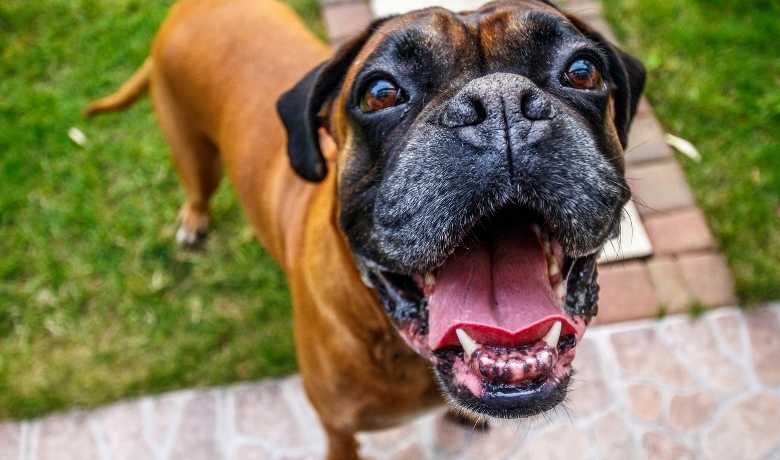 Boxers that have been weaned before 8 weeks of age can sometimes be a bit ‘bitey’. This is because when they are pups, they learn about playing under their mother’s watchful eye. By wrestling with and play-biting the other pups, your Boxer learns how hard they can bite before play goes bad, and this is an important lesson.

A Boxer that has been weaned too early may not know that too much biting or biting too hard is a bad thing, but you can help with this by immediately stopping play if your dog bites too hard. After that, pull your hand and say ‘oww’ or make a whining sound to let them know that the bite hurts.

Don’t start playing again for a few moments or minutes and if your dog bites again, then stop play and let them know again that they’ve hurt you. Your dog will quickly learn that biting too hard means no more playtime, and they should quickly adjust to be more playful about it. 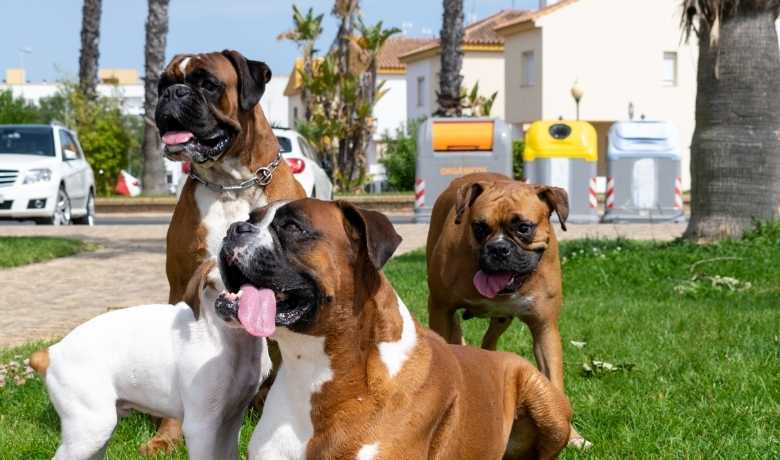 If it’s not a weaning issue, your dog might simply be afraid. Boxers react to fear by becoming aggressive, in hopes that whatever they are afraid of will also be afraid and then go away. So, if your dog is biting, try to identify what is upsetting them. This will help you to make an effective strategy to move forward..

Can Boxers be TOO needy?

Yes, Boxers can be a bit TOO needy, especially if they are living alone with one person. Boxers are very social dogs and shouldn’t even be considered as outside dogs because of this. It’s not because they can’t defend themselves well enough – they just need to feel part of their ‘pack’ or they may quickly become depressed.

If you have a family then it’s best if everyone spends a little time with the dog so that they don’t become overly attached to one person. Mind you, they WILL have a definite favorite – that part is unavoidable – but if everyone is playing with them then they will be less reliant on their ‘favorite’ to meet all needs. 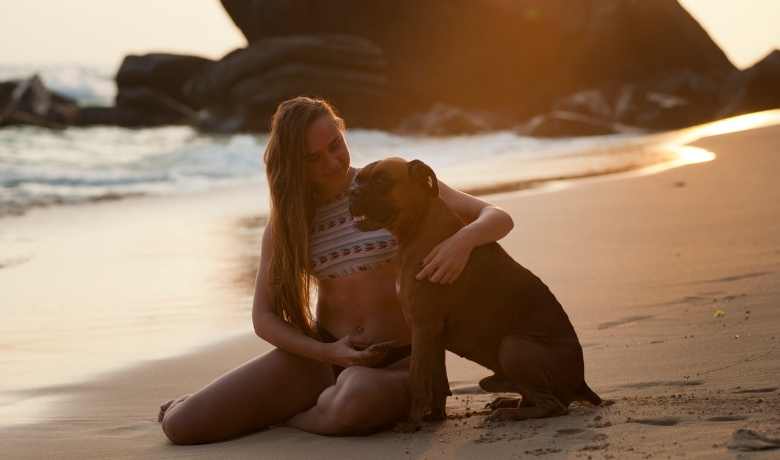 That doesn’t mean that your dog can’t spend some outside time, either. A little time to play on their own in the yard can help your dog to feel a little more independent and will get them some fresh air, but we don’t recommend this for long periods unless you can be there to supervise.

This breed needs a lot of attention, but that doesn’t have to be a bad thing. You just want to make sure that when it comes to their social requirements that you take a proactive stance so that they won’t put all of their proverbial eggs in one basket.

This can manifest in many different ways. Some dogs may take potty breaks in the house when you are gone or treat a family member that they are normally friendly with much differently when you are gone. Dogs with separation anxiety sometimes howl when their owner leaves, and continue howling even after they’ve gone. 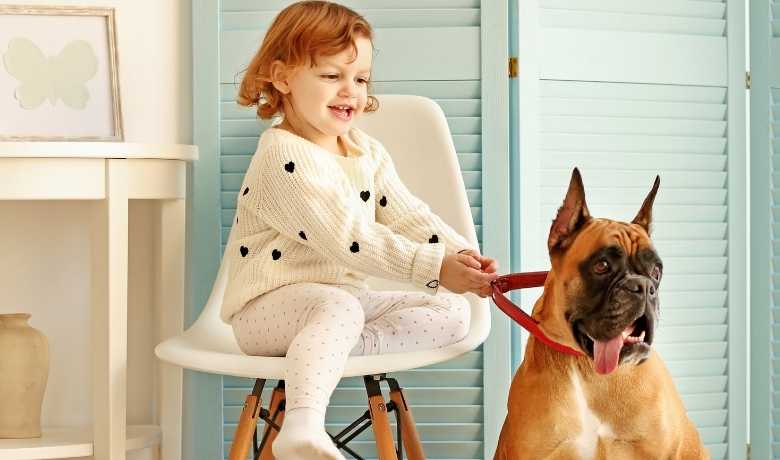 Your vet can help with medications but the main parts of treatment are going to require a little socialization training and a lot of patience on your part. Your dog is going to be fine, they will simply need to learn to be less codependent on you for everything and that may take a little time.

How to make your Boxer less clingy

Some things that you can do to help prevent separation anxiety or include as a part of the treatment with your vet’s approval are as follows.

Have your friends visit a little more regularly and give your dog a formal introduction to them. Put your Boxer’s harness on them like you are going to take a walk, but attach the lead and lead them to your friend, telling your dog to sit.

Introduce them and let your friend give them a treat. Learning to get along with new humans can help to broaden your dog’s social horizons and helps to show them that they aren’t as alone as they think they are. 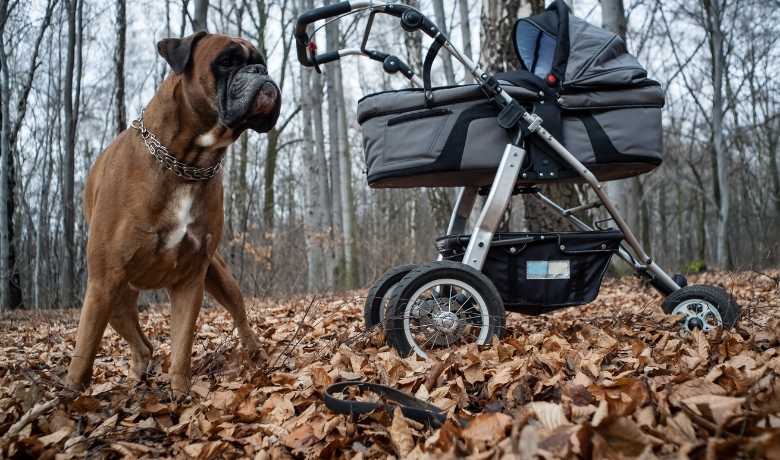 Take trips to the dog park

You can also expand your dog’s social horizons by introducing them to other dogs. Taking your Boxer to the dog park is fun for the both of you, and each time that your Boxer makes a new friend then their social world becomes bigger and less constricting on them.

When you have to go to work, don’t make a big deal out of it. Simply go at the appointed time and quietly leave, especially when you leave the home for quick errands. If this isn’t received so well, you can also make a ‘ritual’ of giving your dog a treat before you go and another when you get back home. 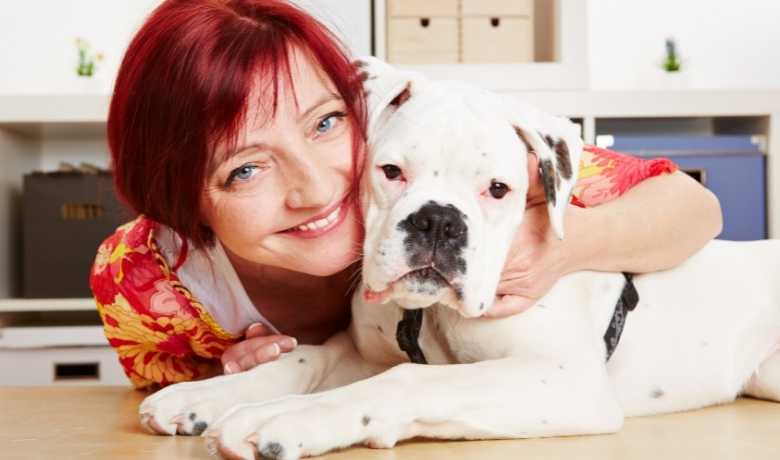 Make a personal space for your dog

You can purchase a plastic dog crate as a way to transport your dog, but you can also use that crate to create a useful ‘indoor dog house’ so that your Boxer has a personal space of their own. Put some comfortable bedding inside it and a favorite toy or two, and always leave the door open.

Show it to your dog and make a habit of randomly tossing a treat inside… they’ll notice. Once they’ve taken one nap on their own, another will soon follow, and they’ll start to see the crate as their ‘personal’ space. This is a huge step in their independence and will help to make them much less needy.

Give them extra time outside

Exercise time outside is good for your Boxer. Fully grown, a Boxer requires about 90 minutes of exercise a day at minimum, so if you aren’t at 90 minutes yet then you’ll need to schedule a little more outdoor time. If you ARE at 90 minutes, then start extending the current outdoor time for an extra 10 minutes each session. 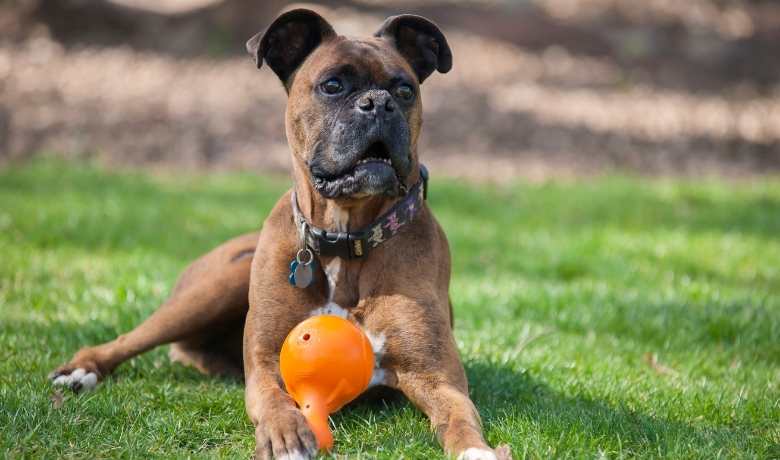 This will help to calm your dog, as initially, they will be a bit more tired, and that time outside also gives them a little socialization in the bargain, as there are other dogs, people, and interesting other animals outside for your dog to see. They’ll love the extra outdoor time and the interactions will build their confidence.

Remember, a lot of your dog’s anxiety that is making them clingy is fear, so part of treating that is showing them that the world is scary, but sometimes it’s also fun and magical!

Today we’ve talked about Boxers and why they can seem so needy sometimes. Definitely not fit to be outside dogs, Boxers simply require a little more love and attention than other breeds, which they are more than happy to return with interest!

Just make sure that they are well socialized so that ‘clingy’ never turn into codependent, and if it does anyway then be sure to talk to your vet. With medications and training, conditions such as Separation anxiety may be treated or kept at bay, now that you know these dogs are prone to it. 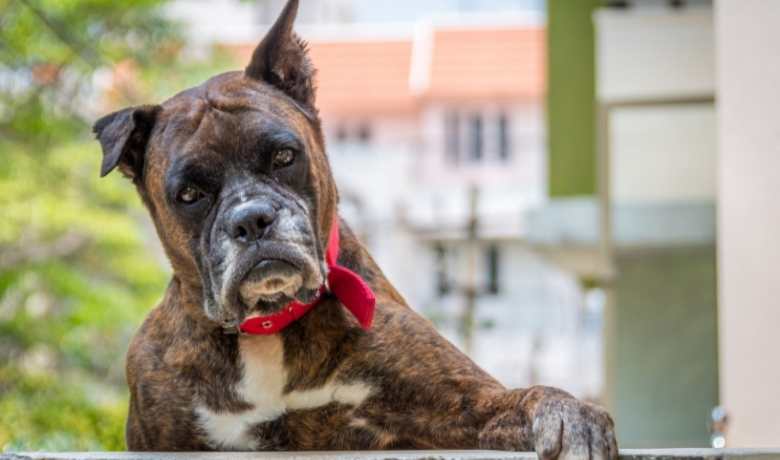 With a lot of love and socialization, your Boxer will still be super-affectionate, they’ll just be more well-rounded socially and better equipped to cope on their own when you need to occasionally leave. Just be patient with the process and you’ll soon see for yourself what a difference it can make!